Biography of A. Philip Randolph 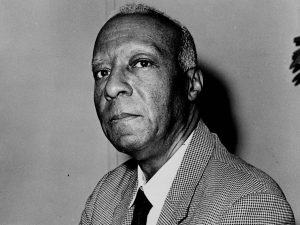 Philip Randolph was a labor leader and civil rights activist who founded the nation’s first major Black labor union, the Brotherhood of Sleeping Car Porters (BSCP) in 1925. In the 1930s, his organizing efforts helped end both racial discrimination in defense industries and segregation in the U.S. armed forces. Randolph was also a principal organizer of the March on Washington in 1963, which paved the way for passage of the Civil Rights Act the following year.

Early Life and Move to Harlem

Asa Philip Randolph was born on April 15, 1889 in Crescent City, Florida, where his father was a preacher in the African Methodist Episcopal Church. He grew up in an intellectual household, and Randoph and his older brother both studied at the Cookman Institute in Jacksonville, a Methodist school founded during Reconstruction as Florida’s first all-Black institution of higher education.

Inspired by the writings of leading Black intellectual W.E.B. Du Bois, Randolph moved to New York City in 1911. He settled in Harlem, where he found a job working on the switchboard in an apartment building and enrolled in courses at the City College of New York. Randolph’s devotion to the socialist cause led to a job working for the Brotherhood of Labor, an employment agency for Black workers. In 1914, he married Lucille Green, a young widow and Howard University graduate who owned a beauty salon in the building where he worked.

The ‘Messenger’ and Randolph’s Socialist Politics 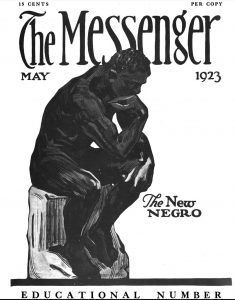 Randolph and Chandler Owen, a law student and fellow socialist thinker, met in 1915 and became close friends. The two men joined the Socialist Party the following year and soon began publishing a magazine, Hotel Messenger (later renamed the Messenger), to advance their socialist views and rally fellow African Americans to the cause. In 1918, Randolph and Owen were arrested and jailed briefly for sedition for their public criticism of Woodrow Wilson’s presidential administration and its policies during World War I.

Randolph was an early supporter of Marcus Garvey, the Jamaican-born founder of the Universal Negro Improvement Association (UNIA). But by 1920, he and other influential Black leaders in Harlem had begun to publicly criticize Garvey, helping spur a federal investigation that would eventually lead to Garvey’s deportation.

Founding of the Brotherhood of Sleeping Car Porters (BSCP) 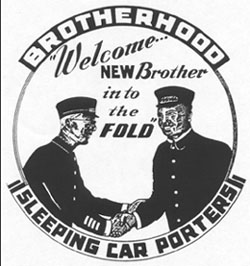 In the summer of 1925, Randolph received an invitation to speak to a group of porters from the Pullman Palace Car Company, a Chicago-based company that hired mainly African American men to serve white passengers aboard its luxury railroad sleeping cars. Pullman porters were generally paid far lower wages than white workers, and subjected to punishing working hours and conditions. After this initial meeting, Randolph agreed to help organize the Brotherhood of Sleeping Car Porters (BCSP), the nation’s first predominantly Black labor union. 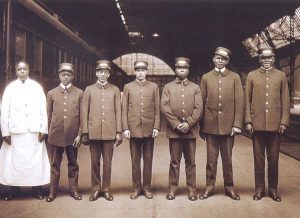 Under Randolph’s leadership, the BSCP became the first Black union to be granted a charter by the American Federation of Labor (AFL). In 1934, Congress amended the earlier Railway Labor Act to specifically cover workers in sleeping cars, making it illegal for Pullman to fire members of the BSCP. The new legislation paved the way for Randolph and the BSCP to win a collective bargaining agreement and sign a contract with Pullman that recognized the union, reduced porters’ monthly work hours and raised wages. 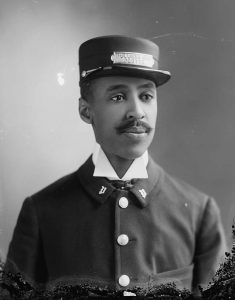 After the AFL merged with the Congress of Industrial Organizations in 1955 to form the AFL-CIO, Randolph joined the organization’s executive council; he became one of its first two Black vice presidents in 1957.

Civil Rights Activism and the March on Washington 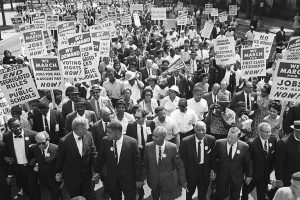 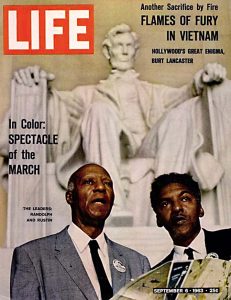 Randolph organized several other major protest marches in the nation’s capital in the late 1950s, including the Pilgrimage of Prayer (1957) and two youth marches protesting the slow pace of school desegregation in the South. In 1959, he helped found the Negro American Labor Council (NALC), which aimed to fight racial discrimination within labor unions. 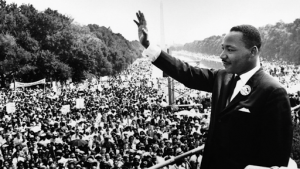 In 1963, Randolph worked with fellow activist Bayard Rustin to spearhead the massive March on Washington held on August 28. At that event, nearly 250,000 people gathered to hear from civil rights leaders including Martin Luther King Jr., who delivered his iconic “I Have a Dream” speech from the steps of the Lincoln Memorial. Randolph, whose beloved wife, Lucille, died only weeks before the event, told the crowd they were witnessing the beginning of a new fight “not only for the Negro but for all Americans who thirst for freedom and a better life.”

Later Years and Founding of A. Philip Randolph Institute

The March on Washington helped pave the way for passage of the 1964 Civil Rights Act, the first major piece of civil rights legislation since the Reconstruction era. That same year, Lyndon B. Johnson awarded Randolph the Presidential Medal of Freedom for his career of activism. In 1965, Rustin took charge of the newly founded A. Philip Randolph Institute, which replaced the NALC as the primary mode of advancing Randolph’s labor and civil rights goals.

With a focus on equity, equal employment, and voter education and mobilization, the Pittsburgh branch of the A. Philip Randolph Institute launched as one of the organization’s earliest chapters.

The Pittsburgh chapter helped push Leon Lynch to become the first African American Vice President for USW. Lynch eventually became the Chairman of the Board of the national APRI.

APRI Pittsburgh embarked on a more active role in local government. With the county’s move from council rule to a county executive, APRI began to vocally advocate in trade, housing, and finance, creating a powerful voice for the Black community in Western Pennsylvania.

With more than 600 graduates, an 80 percent program completion rate, and 70 percent placement in family sustaining careers like manufacturing, construction, and healthcare, the APRI is transforming activism into action.

Committed to social progress for minorities, the poor and working people, the Pittsburgh Chapter of APRI is dedicated to providing programs that extend democracy, education and opportunity to those traditionally disenfranchised or discouraged from participation